The international footwear industry is facing serious challenges. Vulnerable supply chains, ambitious climate and sustainability targets and the effects of the Coronavirus pandemic all increase pressure and diminish performance. Innovative technologies such as automation, the use of robots, digitisation and order-driven production processes can help to ease the situation.

In autumn 2021, the media reported drastic production losses in the footwear factories of South-East Asia. The Coronavirus pandemic forced footwear manufacturers in Vietnam to close down production facilities or work with only a drastically reduced workforce1. And as if that were not enough: at the start of 2022, Kiel Institute for the World Economy2 reported that congestion on international container shipping routes continued to impair global supplies of goods and resources. The article stated that roughly eleven per cent of all shipped goods were stuck in transit and that the volume of goods in the Red Sea alone, the principal trade route between Europe and Asia, was eleven per cent lower tan usual.

Last year saw the largest ever backlog of containers pile up in China, the leading footwear production country and the largest global logistics hub. Major ports operated at only half capacity, container vessels sometimes had to wait two weeks or more for a berth. These tailbacks and delays subsequently also became noticeable at the European ports and more and more industrial enterprises began to suffer supply chain problems: according to the European Central Bank, ECB, the number of firms faced with supply chain disruptions almost doubled between mid-2020 and the beginning of 2021.

Logistics, production and material consumption are the trouble spots

A scarcity of containers, dispatch problems at the ports and production downtimes already mean that not every sneaker is meanwhile always available on the retail shelves. But the footwear industry is not only fighting logistics and production problems: ongoing increases in the cost of raw materials and the recent sharp rise in inflation have forced many companies to take a close and critical look at their production and logistics management.

Christian Decker, Managing Director of DESMA Schuhmaschinen GmbH in Achim near Bremen, describes the dilemma currently facing the footwear industry: “The industry is confronted with radical challenges and drastic upheaval in general. It hast to cope not only with rising production and transport costs, longer lead times and political restrictions, but is simultaneously suffering from decreasing margins, unreliable labour resources, problems in material procurement logistics and orders for smaller batch sizes. In other words, we are looking at increasingly fierce challenges on the one hand and fewer opportunities on the other.”

The footwear industry, he concludes, therefore has to fundamentally reassess its risk management. This involves considering options such as optimisation and diversification of the supply chain as well as the use of innovative materials, customised product features and greater design variety. Business enterprises that wish to succeed in future, says Decker, have to counteract the current problems by opting for new technologies, shorter innovation cycles, automated, eco-friendly and resource- saving production plant, the use of robots and the ongoing development of order-driven production processes.

Reducing the time between production and delivery

At present, shoes produced in the Far East take between eight and twelve weeks to travel by container to their countries of destination in Europe or Northern America and reach the point of sale. That figure does not even include the time required for the actual production. However, the footwear industry believes that eight to twelve weeks are too long, as capital is tied up during that time and the transport, too, involves certain risks. Although new transport routes are currently being tested, such as the “New Silk Road” rail link promoted by China, transport still takes between 10 and 15 days and the volumes carried on that route are by no means comparable with the volumes that can be transported by ship. Because manufacturing – i.e. labour – costs are also increasing in South-East Asia and rapidly approaching the levels of Southern and South-Eastern Europe, production automation and relocation mean promising opportunities for the footwear sector. Moreover, these options could help meet the increasingly strict demands for sustainable production, reduce pollutant emissions and also enable individualised shoe production or even mass customisation. Relocating footwear production closer to the consumer is also a reliable way of achieving greater market proximity and consequently shorter response times to consumer demand whilst satisfying increasing quality standards.

Trends in the European footwear industry

A sectoral analysis of the leather and footwear industry3 states that the fierce competitive pressure which has affected the EU footwear industry for decades has led not only to plant closures and takeovers, but also to a wide range of reorganisation measures. The authors claim that in addition to the geographical relocation of production operations and the comprehensive reorganisation of distribution channels, one of the most important measures is product restructuring to reflect the key factors of individual design, high quality and fast response to fashion trends as well as a wider range of styles and colours. Operational restructuring with the focus on niche markets and high-fashion products is dependent on smaller batch sizes and thus fast response times. This can only be achieved by means of innovative technical and organisational processes which enable greater flexibility and improve efficiency.

Relocating production closer to the customers, digitisation of the production process and the production of customised shoes to meet the individual customer’s wishes, while simultaneously paying due attention to sustainable manufacturing and sales processes are opportunities that the footwear industry can and has to use if it is to remain competitive over the long term. The question is not if Industry 4.0 and the Internet of Things (IoT) will become established, but when this will be the case.

An excellent example of the “Shoe factory of the future” is already up and running in the Auvergne-Rhône-Alpes region in South-East France. The Advanced Shoe Factory 4.0 (ASF), the first automated sports shoe factory in France, opened in autumn 2021. It is regarded as a flagship project for the digitisation and automation of garment production in Europe. By the end of 2021, a staff of around 20 had produced roughly 15,000 pairs of shoes. There are plans to create a further 50 jobs, from skilled workers to engineers and programmers. It is assumed that this production plant will be able to produce up to 500,000 pairs of trainers a year – but with only a fraction of the workforce required in the conventional factories of South-East Asia. The advantages of fully automated production are obvious: short organisational routes for production and logistics mean more efficiency. This, in turn, means that the producers can respond to market changes and market demand far more quickly. Small batches can be produced cost-effectively and local production minimises the carbon footprint of the shoes produced there.

Additive manufacturing will revolutionise the industry

DESMA Managing Director Christian Decker is already thinking ahead to the next step: “Over the next four to five years, the industry can use smart automation solutions, digital data tools and new manufacturing methods to create a smart supply chain. Clever production methods such as 3D bonding, direct injection and 3D printing will facilitate faster, resource-saving and customised production. He is convinced that additive manufacturing, AM, will revolutionise the footwear industry. It is already possible to store individual customer data, such as foot geometry, or gait analysis and pressure profile, in a digital data set which can be used again and again for the production of customised shoes. This and other new technoloThis and other new technologies can transform the act of shopping for shoes into a “produtainment” process or “on-demand-manufacturing” which links the shopping experience directly to the production process. Decker adds, “Thanks to these innovative technologies and data-driven manufacturing, we will be able to drastically reduce the development and production time required for customised shoes.” If the production plants move closer to the consumer and shoes can be produced to meet the customer’s individual wishes “right next door”, long transport times will become a thing of the past.

Under high-speed conditions it is already possible to design and produce shoes and deliver them to the customer within six weeks. Decker is optimistic that with the help of additive manufacturing, including integrated design, data and process chains, this figure could be reduced to one week. 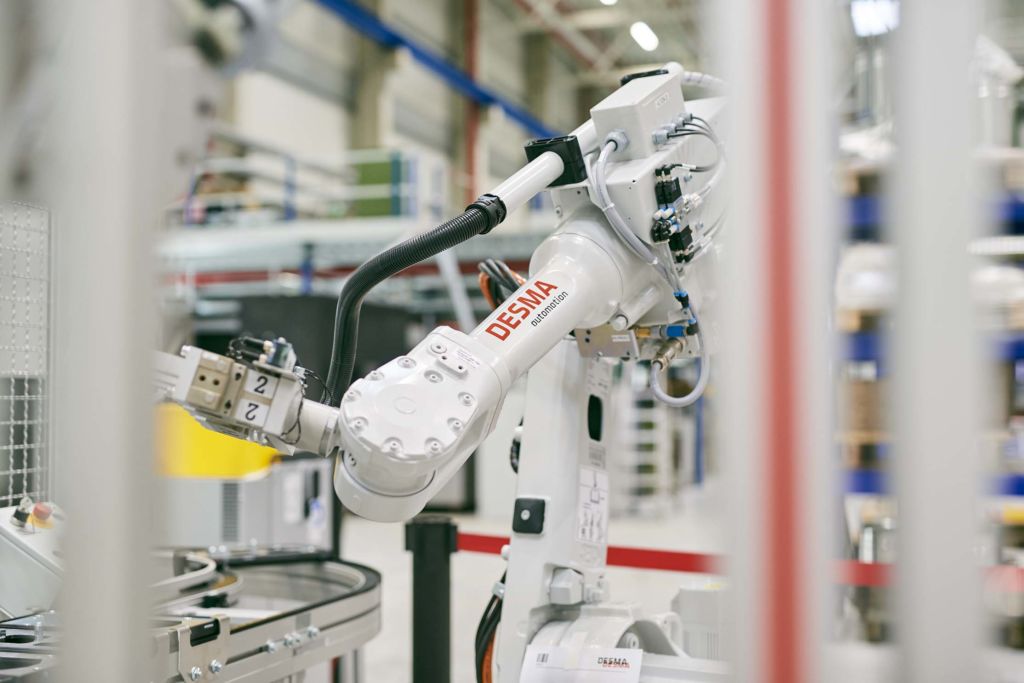 This site uses Akismet to reduce spam. Learn how your comment data is processed.

You can find out more about which cookies we are using or switch them off in settings.

This website uses cookies so that we can provide you with the best user experience possible. Cookie information is stored in your browser and performs functions such as recognising you when you return to our website and helping our team to understand which sections of the website you find most interesting and useful.

Strictly Necessary Cookie should be enabled at all times so that we can save your preferences for cookie settings.

If you disable this cookie, we will not be able to save your preferences. This means that every time you visit this website you will need to enable or disable cookies again.

This website uses Google Analytics to collect anonymous information such as the number of visitors to the site, and the most popular pages.

Please enable Strictly Necessary Cookies first so that we can save your preferences!